The ASH Mentor Award acknowledges hematologists who have excelled in mentoring trainees and colleagues. Each year, two individuals working in the areas of basic science, clinical investigation, education, or clinical and community care are recognized by the Society for their positive impact on the careers of their mentees, many of whom have gone on to advance research and patient care in hematology through their own work. Dr. Jonathan Licht who is receiving the basic science award is director of the University of Florida Cancer Center. His career, which spans 30 years, has been dedicated to enhancing his trainees’ talents and helping them become effective clinicians, researchers, and teachers. He has also worked tirelessly on understanding abnormalities in the proteins that control transcription from DNA into RNA, mechanisms of malfunction, target genes that are misregulated, and ways to reverse aberrant gene regulation and restore normal cellular growth. His lab has also studied mutations of gene regulators in myeloid and lymphoid leukemia, lymphoma, and multiple myeloma. Dr. Anthony Goldstone, the recipient of the clinical award, is a pioneer in the field of bone marrow transplantation who has offered significant guidance to mentees who in turn have become pioneers of the field themselves. He is professor of hematology and medical director at the University College London Hospital. His top areas of focus throughout his career have been adult hematologic malignancies, transplantation, and clinical trials. 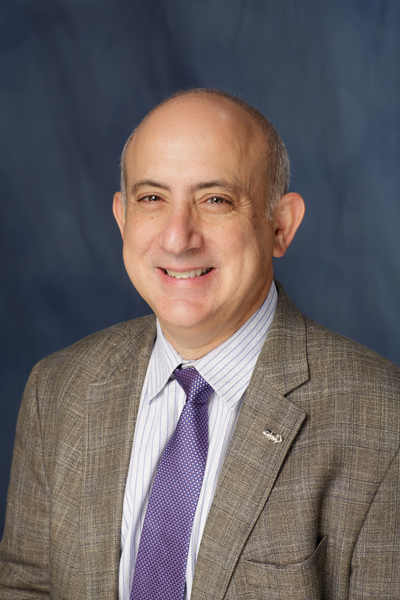 Dr. Jonathan Licht underscored the significance of this award for him saying, “It’s a great honor to be recognized by the Society because this award is not really about me; it’s about those I’ve worked with over the past 30 years in my career in academic hematology-oncology.” He sees this recognition as proof that his mentorship has influenced the future of the field by shaping successful and productive clinicians, researchers, and teachers. But how did Dr. Licht get here? “I would say that the reason that I am in the field of malignant hematology has much to do with inspiring mentors during my fellowship at Dana-Farber,” he explained. Dr. Licht credited leaders like Dr. Ken Anderson, Dr. Jerry Ritz, Dr. Robert Mayer, and Dr. George Canellos for teaching him the natural history and treatment trajectories of malignant disorders. His other biggest inspiration? His patients. He recalled treating a patient with myelodysplastic syndrome/acute myeloid leukemia as an intern, resident, fellow, and finally as an instructor due to the relapsing nature of the patient’s disease. “These patients, who underwent arduous medical treatments, remain inspirations,” he said. Another lesson that served him well in his formation as a hematologist was getting out of his comfort zone and learning about other topics like molecular biology. He trained as a molecular biologist focused on gene regulation, and after joining the faculty of Mount Sinai in 1991, inspired by Dr. Samuel Waxman, he started his research into blood malignancies. Dr. Waxman knew about Dr. Licht’s study of the Drosophila Krüpple transcription factor and invited him to work with him and his team. They had recently discovered a gene involved in an unusual form of leukemia and were investigating its relevance to the causation of that form of leukemia. That invitation propelled Dr. Licht’s career; he collaborated with scientists in the United Kingdom and China, and together, they elucidated the function of PLZF, a protein rearranged with the retinoic acid receptor in a rare and retinoic acid-resistant form of acute promyelocytic leukemia.

Dr. Licht thought back to his middle school days when asked to elaborate more on his own mentors. He said, “I think you first have to think about role models in your life who have inspired you to choose a career in medicine, science, and investigation.” He recalled his 6th grade science teacher Mr. Davis who instilled a sense of wonder and discovery in a young Dr. Licht. His family physician recommended a career in medicine that would allow him to effect personal change on patients and society. He was also greatly inspired by Dr. David Spriggs, chief resident during his fourth year as a student at Columbia University and later one of his attendings at Dana-Farber Cancer Institute, and by another supervising resident and friend of 40 years, Dr. Alan Rosmarin. He credited a former intern, and now Director of the Perlmutter Cancer Center at New York University, Dr. Ben Neel for motivating him with his intellect and mastery of clinical and basic science knowledge. Dean of the School of Medicine at Boston University Dr. Karen Antman was Dr. Licht’s clinical mentor while he worked in the field of soft tissue and bone sarcomas and taught him the basics of clinical research. Dr. Ulla Hansen, a molecular biologist and Dr. Licht’s laboratory mentor, taught him precision and to always question one’s own science and data to ensure that the results are rigorous and reliable. “All of these mentors emphasized hard work, persistence, honesty, and integrity,” added Dr. Licht.

Dr. Licht has lived and worked by the adage “see one, do one, teach one.” Inspired by the culture in academic medicine of imparting your knowledge to others, whether you’re a resident teaching a medical student or intern, an attending physician, or a laboratory head, he was thrilled to have the opportunity to train graduate students and MD and PhD fellows. “There is great satisfaction in helping these trainees pass qualifier exams, defend a thesis, obtain their own research funding, and become independent researchers,” he explained. Today, Dr. Licht maintains texting groups with many of his former trainees and continues to offer career, scientific, and sometimes even personal advice. Through his work with the ASH/European Hematology Association Translational Research Training in Hematology program and other similar initiatives, Dr. Licht continues to influence other careers while still learning from the talented hematologists he mentors. In his current position, he has worked to build high-impact programs for patients by recruiting, retaining, and advancing the best quality trainees and faculty, through an active approach dedicated to advancing careers by pointing out new grant opportunities, publishing papers , linking faculty and trainees, and forging faculty collaborations. “Mentorship means devoting a significant part of your own intellectual bandwidth to advance others… developing careers of all who you work with, including other health care professionals, administrators, and research technologists,” he stated. 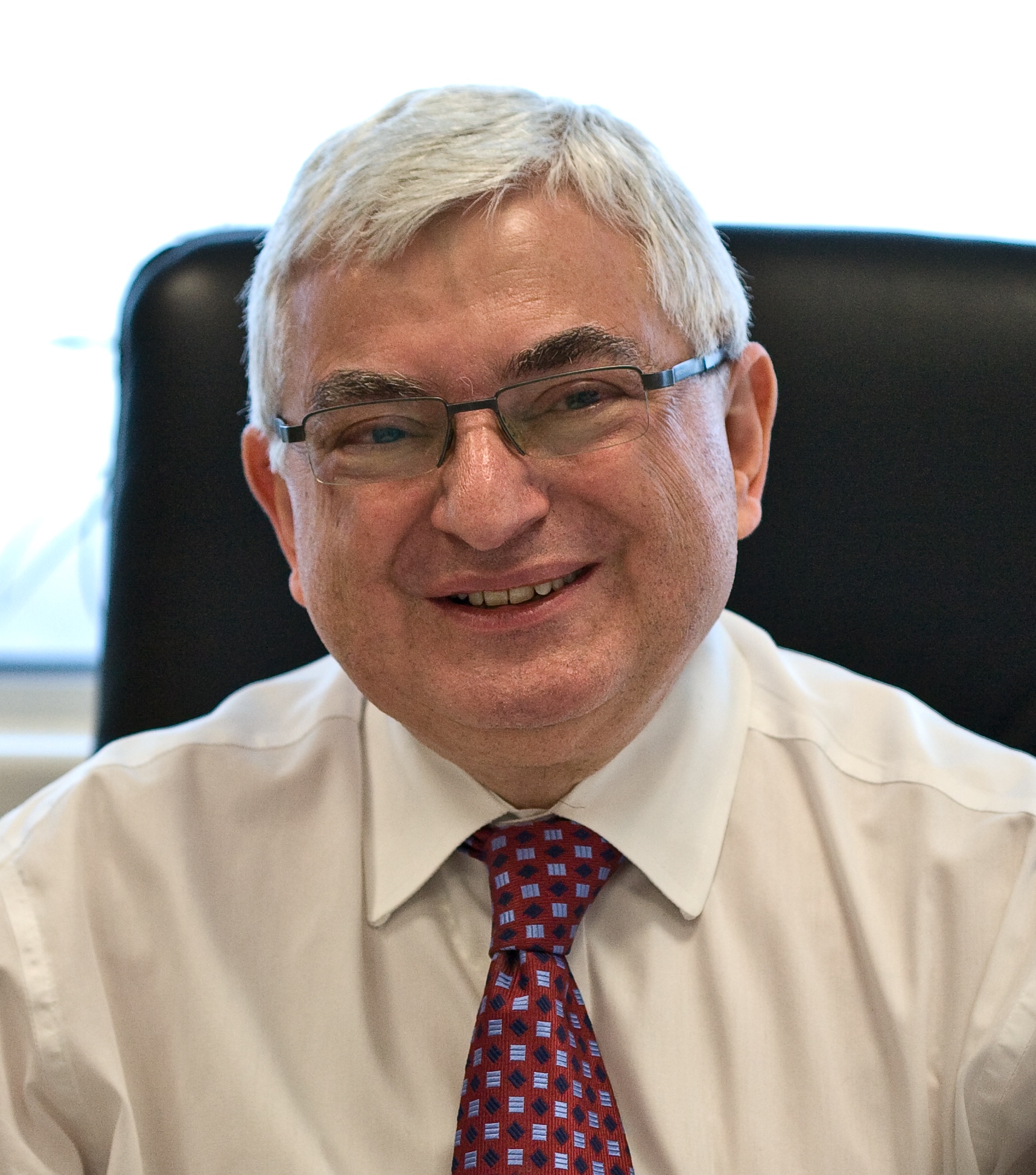 Dr. Anthony Goldstone was also inspired to pursue hematology by his own mentors. He had a mentor that suggested hematology was the best example of detailed science coming to the bedside, and later, Dr. C. Dean Buckner suggested he study autologous transplantation. The rest of his work was born of this recommendation and subsequent decision to follow Dr. Buckner’s advice. Mentors like Professor Thomas Prankerd suggested bringing clinical and laboratory hematology together as a single specialty, and Dr. Buckner recommended that Dr. Goldstone not be deterred and start his transplant program with autologous transplantation alone, as he would need significant help to develop the program further to also include allograft transplantation. Sir Ronald Mason inspired and supported Dr. Goldstone in one of his greatest achievements – helping to build what is now the largest clinical hematology center in Europe. University College London Hospitals is today the UK’s biggest cancer center, and in addition to being one of its founders, Dr. Goldstone pioneered the bone marrow transplantation program there.

Dr. Goldstone’s mentees described his natural inclination to helping others, offering them opportunities to work on complex projects and allowing them space to grow within those projects, making them feel like he was more committed to their achievements than his own. They also highlighted his eye for equal opportunity mentoring which makes him a dynamic advocate and role model. Upon receiving this award, Dr. Goldstone expressed a degree of pride. “It feels very rewarding, especially when one looks at the individual citations,” he said, referencing the nomination statements submitted by many of his mentees. When asked if there was a particular instance in his career that prompted him to become a mentor, Dr. Goldstone responded, “There was no ‘wanting’ to become a mentor. I realized I was doing it when several people mentioned I had helped them. It was just a function of my personality.” Many of the trainees he mentored went on to become chief medical officers and presidents of medical societies.

Who better to ask for advice than these two outstanding mentors? Dr. Licht’s guidance to those entering the field is to be persistent, optimistic, and generous. “You may have disappointments: patients who don’t do as well as you hoped, experimental ideas that don’t work out, grants or papers [that] receive rejections and need to be revised,” he explained, “but staying the course will lead to a lasting and fulfilling career.” Dr. Licht summarized the significance of mentors stating, “Giving some of your knowledge and wisdom to others can multiply your impact and yield enormous satisfaction.”

Dr. Goldstone advised trainees to ensure they have the knowledge needed to excel in the field, including mathematics, genomics, epigenetics, developmental biology, and the skills to be a good internist. He also touted the importance of persistence. “Don’t go into hematology unless you have the personality and resilience to ‘join the patient’ on a long and difficult and sometimes depressing ‘journey,’” he said. “But I would add that if all that fits, it’s one of the most exciting areas of medicine.”