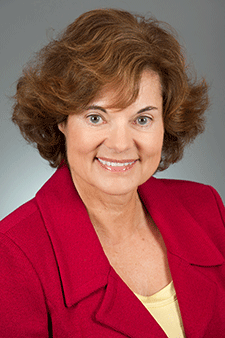 The 2021 Henry M. Stratton Medal has been awarded to Denisa Wagner, PhD, and Kwaku Ohene-Frempong, MD, in recognition of their contributions to hematology in basic science and clinical and translational research, respectively. This award is named after the late Henry Maurice Stratton, cofounder of Grune & Stratton, the medical publishing house that first published ASH’s flagship journal, Blood. Dr. Wagner, the Edwin Cohn Professor of Pediatrics at Harvard Medical School and a senior investigator in the Program in Cellular and Molecular Medicine at Boston Children’s Hospital, has made several significant contributions to the fields of vascular biology, inflammation, and thrombosis. Dr. Ohene-Frempong, a world leader in the treatment of sickle cell disease (SCD), is an emeritus professor of pediatrics at Children’s Hospital of Pennsylvania.

Dr. Wagner is responsible for the monumental discovery that von Willebrand factor (vWF) is contained in a reservoir within endothelial cells ready to coat the inside of blood vessels to aid platelet and leukocyte recruitment. This process is essential to the understanding of vascular response to injury. On receiving this award Dr. Wagner commented, “It is a great honor, and it makes me proud of myself, a feeling I don’t usually have.” For several years, her laboratory’s research focused on adhesion molecules, the regulation of their expression, and their function in normal physiology and in pathological situations. They engineered mice lacking platelet, endothelial, or leukocyte adhesion receptors and studied their phenotypes in disease models. However, recently, driven by a shared interest in the interplay of inflammation and thrombosis, particularly the role of platelets and neutrophils, Dr. Wagner and her colleagues began exploring the impact of neutrophil extracellular traps (NETs) — decondensed chromatin coated with neutrophilic proteins — released from activated neutrophils. They found that NETs had an important prothrombotic role as well as detrimental or toxic effects during lung injury and other inflammatory conditions.

Dr. Wagner recalls her foray into the field of hematology as being completely serendipitous. “I was interested in cell adhesion, having worked on fibronectin for my thesis,” she said, “and that interest was shared by investigators in the Hematology Unit at Strong Memorial Hospital in Rochester, New York.” There, she observed that vWF is stored in endothelial cells, and a few years later at Tufts University, she formed part of the team that discovered that the leukocyte adhesion receptor P-selectin is stored in the same granules and vWF and P-selectin are always released together. “It was clear to me then that thrombosis and inflammation occur together, and one cannot be without the other. I profited and will profit from that recognition for the rest of my career,” she stated. Along with the discovery of the role of vWF for platelet recruitment to an injured site and occlusive clot formation in arteries and veins, Dr. Wagner also found that in the granules, the conditions are optimal for vWF to form very large polymers that are extremely powerful in platelet clot formation. Her team used models to show that excessive release and local retention of VWF contribute to most thrombotic conditions.

Just as she credits her research team when discussing her accomplishments, Dr. Wagner recalled the mentors that inspired her throughout her career. Dr. Richard Hynes, her PhD thesis mentor at the Massachusetts Institute of Technology, taught her that science is highly competitive, which makes it fun, and to never be nervous when discussing her work. Dr. Victor Marder, her junior faculty mentor at the University of Rochester, introduced Dr. Wagner to hematology and taught her a valuable lesson through his own admirable actions. “He taught me that having family is an important pleasure and that it does not hinder work. He allowed that I keep my newborn son in my office and bring him to faculty meetings,” Dr. Wagner explained. Finally, Dr. Fred Rosen, her faculty mentor who recruited her to Harvard Medical School, advised Dr. Wagner to learn about medicine despite being a basic scientist as insights may come from diseases; “I listened,” she added.

Now, Dr. Wagner looks hopefully at the future of the field and is excited about the many discoveries sure to come. When asked what breakthroughs she’s most excited about, she commented, “The revelation to basic scientists and immunologists of the importance of innate immunity in many disease processes, including thrombosis.” She is also excited about inflammasome — a very large cytoplasmic signaling complex leading to the generation of a disease-relevant cytokine IL-1β, whose formation is essential in NET development. She also looks forward to discovering other functions of inflammasome, not only in neutrophils but in the vasculature in general. To those considering entering the field, she said, “Go for it! There are tons of interesting questions to be answered. Develop your own niche, and if you succeed, others will join you and make it even more interesting.” 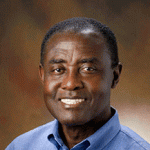 Dr. Ohene-Frempong is focusing on the development of clinical and public health programs to serve people with SCD and related disorders in Ghana and other low-resource countries in Africa. He also expressed great humility at being recognized for his outstanding work and made sure to acknowledge his colleagues, saying, “I am humbled by the award and I truly appreciate the recognition for the work many colleagues and I have engaged in over several decades.”

Growing up, Dr. Ohene-Frempong knew he wanted to be a doctor, and in particular a pediatrician. His first child was born with SCD when he was a medical student at Yale University. Later, during a student research project in Ghana on “Child Health in a Ghanaian Community,” he realized most children born with SCD in Ghana and other African countries were undiagnosed and thus never properly treated. Dr. Ohene-Frempong also had numerous mentors such as the late Dr. Howard Pearson at Yale and Dr. Elias Schwartz at the Children’s Hospital of Philadelphia who taught him the science and humanity of medicine, colleagues like Dr. Elliot Vichinsky and Dr. Aian Cohen who inspired scientific rigor in clinical research, and countless patients and their families who gave him the courage to advocate for the community. All of these factors came together to inspire him to devote his career to understanding SCD and developing programs to help people living with the disease and related disorders.

Funded by the National Institutes of Health’s Cooperative Study of Sickle Cell Disease, Dr. Ohene-Frempong led a team that analyzed and wrote a report highlighting stroke as a major complication of SCD, especially in young children. They carefully collected and analyzed clinical data from more than 4,000 children and adults with SCD. While this is one of several groundbreaking advancements in the field, Dr. Ohene-Frempong acknowledges that there remains work to be done. Despite regarding the institution of hydroxyurea therapy to improve the clinical course of SCD and the use of stem cell transplantation to cure SCD as momentous discoveries, he recognizes that a current obstacle is their limited availability globally. “It is exciting that different approaches are currently underway in clinical trials to develop gene therapy to cure sickle cell disease,” he commented. However, the challenge will be finding ways to extend these breakthroughs to a large percentage of the world’s population with SCD born in sub-Saharan Africa. Dr. Ohene-Frempong remains optimistic. “There is no better area of medicine where scientific facts of life are so clear and therapeutic interventions so rewarding than hematology!” he said.